The Best Thing About The Yankees - White Sox Deal, May Surprise You There's no denying that this blockbuster deal between the New York Yankees and the Chicago White Sox fixed a number of issues that plagued the Bronx bombers as of late. While we were able to plug a few holes, it didn't come cheap, as we sent three youngsters to chi-town including Blake Rutherford a stud OF who seemed to impress most everyone in the organization.

The Yanks receive an upgrade at 3B/1B with the acquisition of Todd Frazier. A career .247 hitter who hit 40 HRs in 2016, T. Frazier brings some power at the corner infield spot (finally!). He's a native Jersey boy and had always been a Yankee fan growing up, idolizing the Captain, Derek Jeter. Welcome home Fraz!!

Our bullpen has been less than spectacular this season with 18 blown saves, the most in the MLB. The most shocking of the under performing pen, Aroldis Chapman. His collapse against the Red Sox after the All Star break has most Yankee fans seriously questioning his health. Cashman has been seeking help and was able to grab Closer David Robertson and RP Tommy Kahnle as the other players in the deal. DRob, the once hopeful replacement for Mariano Rivera, returns to the Bronx with a 2.70 ERA in 2017 and 13 saves. Kahnle, who many may not know will be a huge asset to the bullpen with a 2.50 ERA in 2017. So who did the Yankees have to give up? To most Yankees fans delight, RP Tyler Clippard was packaged together with three prospects, Blake Rutherford, Ian Clarkin, and Tito Polo. Blake Rutherford is the stand out here however as an outfielder with guys like Aaron Judge, Clint Frazier and Dustin Fowler it would be very difficult for Rutherford to make it to the Show any time soon.

Here's where I think the Yankees and the Cash-master made an excellent decision. They pulled the trigger and blocked the Boston Red Sox from getting in on this deal. It was reported that the Red Sox were in talks the Chicago and that they were also front runners to get a deal done. Let's imagine the outcome if the Red Sox had come through with the deal... yeah it isn't pretty.

Some Yankees fans wanted Chase Headley to go and I'm sure they still do. Headley is a locker room guy, he's a true professional, I mean he'd have to be right? Considering how abismal his play can be sometimes. But have faith my fellow die hards, there's still time before the trade deadline and with Cashman anything is possible. 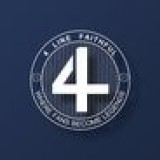 For the fans who stay through the 9th, we salute you.

Check out a preview of the 2018 Yankees team and some predictions for the upcoming season by our guest bloggers over at Bronx Bombers Beat!
Read More

The Yankees Hosted 4 Line Faithful for a Tour

Social Media
As part of its partnership with Bank of America and their #MLBMemoryBank initiative, the New York Yankees hosted us for an exclusive tour of Yankee Stadium
Read More